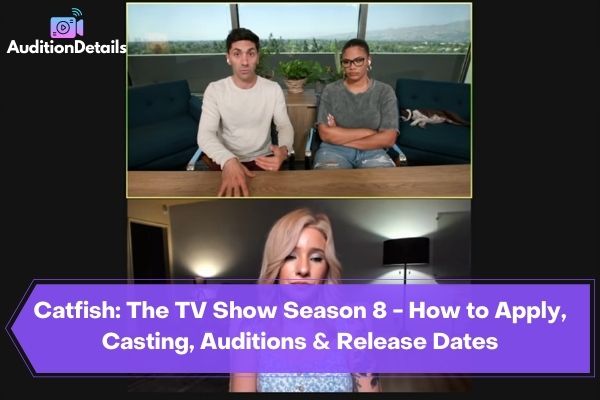 “Catfish: The TV Show” explores the mystery and intricacies of online dating.

The hour-long series follows Nev Schulman and director-filmmaker Max Joseph as they take viewers on a very personal journey into the experiences of people who have online romantic relationships and friendships who have never seen each other before meet for the first-time.

Catfish is all about real-life interactions.

Schulman and Joseph, the producers of the Catfish TV Show, work with people who are emotionally involved with a person they have never seen nor met before.

Each episode examines whether the other party in the virtual relationship is genuine or a “catfish.”

The series’ first aired on November 12, 2012. It is based on the 2010 film Catfish. Nev Schulman and Kamie Crawford co-host the show at the moment.

Max Joseph was a co-host of the show for the first seven seasons, and his final episode aired on August 22, 2018.

Crawford appeared as a guest co-host in several episodes of Season 7 before joining the main roster in Season 8 with Schulman.

The chapter of “Catfish” will try the impossible: finding a replacement for veteran co-host Max Joseph.

Nev Schulman auditioned celebrities, athletes, and influencers to assist him in seeking down online daters and bringing them face-to-face for the first time in the eight episodes.

Each week, viewers will not only be on the lookout for the “Catfish” – the person who may have developed a false identity to entice the “Hopeful” into the relationship – but will also be able to join in the search for Max’s replacement.

Nev and the mystery co-host will delve further with each person in the relationship, exposing shocking secrets and unexpected twists.

Vonni has fallen for online sweet-talker Andrew and has sent him hundreds of dollars to prove his feelings; now, Nev and Kamie are assisting Vonni in determining whether Andrew is his one true love.

Catfish is a reality television show in the United States.

Catfish Season 8 stars Nev Schulman and Kamie Crawford as they take viewers on a very personal journey into the experiences of young people as their online-only romantic connections meet with first-time, real-life interactions.

In the episode Red has been corresponding with Jalissa and her entourage of celebrity pals for six years.

Nev and Kamie assist Red in revealing a fact that could turn her Hollywood romantic story into a disaster as she travels to meet Jalissa in LA.

Catfish: The TV Show Season 8 How to Apply and Audition Process

Nev and his co-host, Kamie, seeks online friends and lovers who have never met or seen each other in person or on video chat.

If you are dealing with a possible catfish issue, you should apply.

Applicants for Catfish auditions must be 18 years and older to apply.

To apply and audition for Catfish: The TV Show Season 8; go to MTV Casting by clicking the link below.

After that, you’ll be prompted to answer specific questions about your profile and story. Then click the submit button.

You will be notified of the next steps if and when your application passes the screening process.