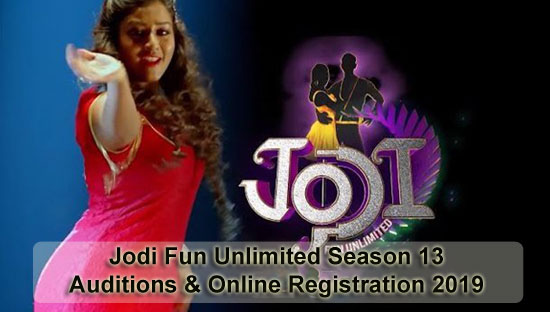 One of the most famous shows on Vijay TV, Jodi Fun Unlimited has just completed its latest season on the 13th of January. The show was a big success so they are already in talks for the next season of the show which will start in the later parts of 2019. The show is a celebrity dance competition where the contestants take part in jodis. The concept of this Tamil show is originally taken from Hindi show Nach Baliye. The gives a big platform to the known faces of the industry to showcase their dancing talent before the people of the country.

The last season of the show was hosted by Rio Raj, an ex-contestant and Bhavana. There were no judges this time around and the audiences were given the supreme power to judge every act. There were mentors or team captains though like Mahat Raghavendra, Yashika Aannand, Ma Ka Pa Anand, and Divyadharshini. The level of the show was amazing. Different rounds attached with different themes are there like blockbuster round, horror round, romance round, old songs round, etc. The participants took every challenge gleefully and performed to their potential. A total of 12 jodis took part in the show where the Jodi of Lokesh and Meghna won the show. They got a cash prize of 5 lakhs along with the Jodi Fun Unlimited trophy.

To register for the show, you need to be a celebrity for sure. You can contact the show officials to enter the show or you have to wait for their invitation.  Detailed instructions are not yet given. They will be provided as soon as they are announced officially. We will keep you updated on every detail of Vijay TV’s Jodi Fun Unlimited 2019. Stay tuned with us and don’t forget to share your thoughts and queries via our comments section.