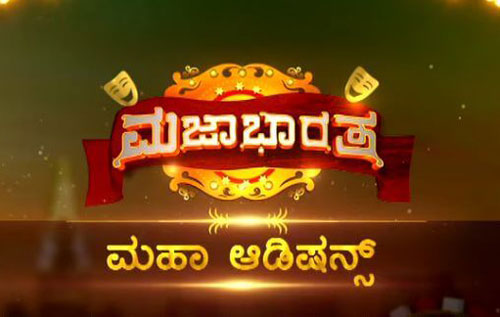 After the success of the first two seasons, Colors Super is all set to come up with another new and entertaining season of Majaa Bhartha. Other than Colors Super, you can also watch it on Voot. The show is certainly one of the best Kannada comedy reality shows today. The third season of this intriguing show will start from the 15th of December 2018. If you think that you have the talent to make the audience and the judges laugh with your witty jokes, you are more than welcome to join the show.

The judges and the host for the third season of Majaa Bhartha have not been announced yet officially but we will update the names as soon as they get announced. Guru Kiran and Rachita Ram were the judges of last season and some reports claim that they will be sitting on the judge’s chair this season too. With the inauguration of the show, one thing is sure to happen and that is the uprising of the fresh and talented comedians to the entertainment industry. Don’t miss this chance, and visit the audition centers to grab it with both hands.

Audition and Registration for Majaa Bharatha:

The dates for auditions have been declared already. The auditions will take place from the 15th December to 29th December in various cities of Karnataka like Bijapur, Bagalkot, Devanagari, Chitradurga, Shimoga, Mangalore, Kundapura, Mysore, Mandya, and Bangalore. The timings of the audition will be from 9 AM to 2 PM. Note the time and don’t be late. The auditions will be open for all candidates with the age range of 18 to 30. Don’t forget to carry the proof of age and the proof of identity along with your recent passport sized photograph at the time of the audition.